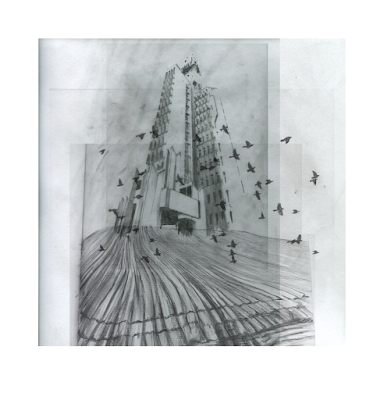 My therapist said you should always take responsibility for your own emotions. Otherwise, you might end up blaming other people when you feel bad.  It's not other people's fault the past has a way of pulling you out of the present, jump starting your guts. That fight and flight reaction is all you.  Notice the fear as it bubbles up from a forgotten place. Notice it, but don't make eye contact. Don't let it get comfortable. It will hurt when your chest folds up over itself, when suddenly everything becomes a threat. But just because you are afraid doesn't mean you are in danger. Your body is telling your brain you are about to die, that's all.  *** Before picking up an object, we mentally assess how heavy it is. Similarly,  children can gauge the weight of serious topics about which they understand very little.  I find myself thinking about death a lot these days. Not in a noble philosophical way, but as a child would.  It is not death I am afraid of, but its ima
Post a Comment
Read more 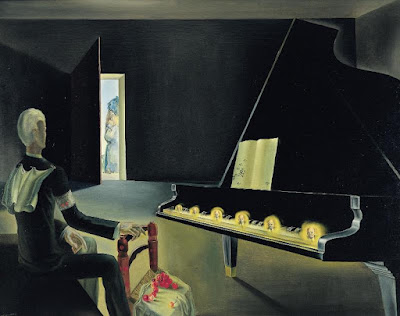 There was a man playing one of those free to use pianos in the Gare du Nord. I feel sorry for the pianos that live in such draughty environments. I don't know a lot about their needs, but I imagine they require a certain level of care and upkeep, and I worry this is not entirely compatible with the echoey indifference of a station concourse. Perhaps this concern of mine informs my perception of the music because the melodies of public pianos always sound half dead to me, as if someone has taken a sharp, round ice cream scoop to their heart and patiently hollowed them out. The sounds of a piano should not have to compete with any other sounds. They should be allowed to ripple and envelop everything. But, in the brouhaha of the station, every note ends up gasping for air.  I still had a while to wait so I moved closer to the man. He was playing what sounded like a waltz. I thought it might be Chopin, but then I remembered that whenever I recognise a piano piece, I always assume it is
1 comment
Read more

Why I am Glad I Left Academia

Academic quit lit is a tired genre, and eight months ago I decided to make my own contribution . It was certainly not my intention to beat a dead, overqualified horse, but after announcing I had quit my postdoc at Ghent University, I anticipated some people would have questions. I wrote the blog post to avoid having the same conversation over and over again. Recently, a few people have started asking me how I have been doing since I left. So, as a complement to my previous piece, I present to you My Contribution to the Quit-Lit 2: Electric Boogaloo .  I had initially intended the "Why I Am Leaving Academia" post to be brief and impersonal, a dry PR statement officialising my conscious uncoupling from my hopes and dreams. But in the end, I produced something quite intimate. It felt good to write that way, and my words resonated. In the first 24 hours after I published it, tens of thousands of people read and shared the article.  In the days that followed, I received dozens of
1 comment
Read more

In these dark times, Radiohead has taught me to embrace my sadness 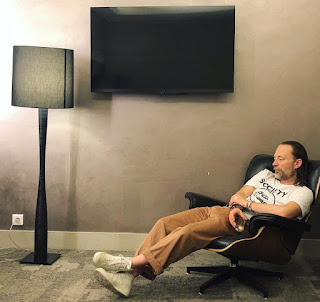 In the final throes of 2020, my partner and I were talking about how sad we were both feeling. We attributed our low spirits in part to seasonal depression, in part to pandemic fatigue. We had been listening to Radiohead, a band whose sound is so reliably melancholy, that a data analyst recently used quantitative methods to determine the “ gloom index ” of each of their songs. In an attempt to manage the overall gloom index of our afternoon, I changed the music to something more uplifting. Understandably   perhaps, at the end of an objectively dreadful year, I could not bring myself to sit quietly with my sadness. But on my walk home that day, I wondered why our first instinct is so often to push our feelings to the side. I decided to give gloom another chance and, through my earphones, I heard Thom Yorke airily lament that he would laugh until his head came off. I am extremely late to the Radiohead party. So late that no one really remembers what music sounded like before it was
Post a Comment
Read more

Feelings From the Before Times 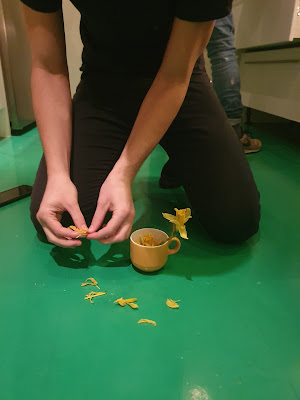 On two separate occasions in the past few days, I have hugged someone and realised they were hugging me harder than I was. By the time I noticed and tried to reciprocate, the moment had passed, the hug was over.  *** I dance, I laugh, I speak, I drink. But I am stuck. I need to trick myself into feeling it all again.  *** I have a picture of his arms. In the picture he is tearing up daffodil petals and arranging them around a cup on the green floor. I am the only one who can see the movement in the picture. I like thinking about his hands. *** I am no longer worried about making a singular, lasting contribution to human knowledge. I do sometimes worry about being alone.   *** Why am I feeling so hopeful right now? Everything is so incredibly shit in the world. But I am sitting outside, a few drops of rain are falling on my laptop, and I am smiling to myself.  *** I always thought I was too much of a hypochondriac to ever start smoking again. But addiction has a way of makin
Post a Comment
Read more

Why I am Leaving Academia 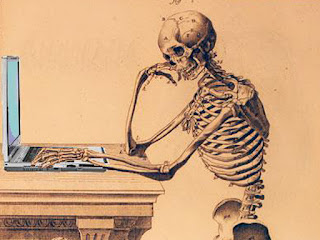 Not long after I handed in my PhD thesis, one of my aunts asked me the dreaded question: “What now?”. I remember floating the idea that I might leave academia and being met with incredulity: “After all this? But… you’ve done  all this… ”. I understood where she was coming from. For years, my family and friends had watched me grind away at a thesis that almost no one would read. Surely, they thought, once the PhD was done, the hardest would be behind me and I would finally get to experience the glitz and glamour of being a university lecturer. As anyone who has worked in research already knows, they were seriously mistaken.  Today, almost a year after I officially became Dr. Herring, I resigned from my postdoc at Ghent University. There are several reasons that motivated this decision but the main one is that I no longer enjoy the work enough to justify how demanding it is. I already felt this way during my PhD. As a grad student, I could not take a weekend off without experiencing disp
42 comments
Read more

Weird Dreams I Had 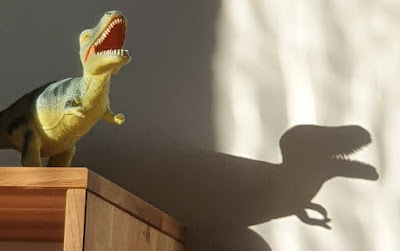 I'll update this every time I have a dream I think is at least mildly interesting and not too unsafe for work. I usually find it boring when people recount their dreams, but no one is forcing you to read this. Feel free to leave your interpretations in the comments. 30/01/2021  I subscribed to a service that delivered vitamins and the way it worked was that you sprayed the vitamins into your nose using a banana shaped contraption. I had seen some kind of advert for this service and I had thought "I need this". I found the contraption in a shop and as I was queuing to pay, I accidentally removed some kind of safety seal. This made a loud noise and people turned to look. I said: "Don't worry! I was going to buy this anyway!" The vitamins were delivered by falcon. When you bought the banana device, you got your own falcon. As I was walking home from the shop, I noticed my falcon had escaped. This was worrying but I was also impressed by how beautiful it was. At
1 comment
Read more
More posts